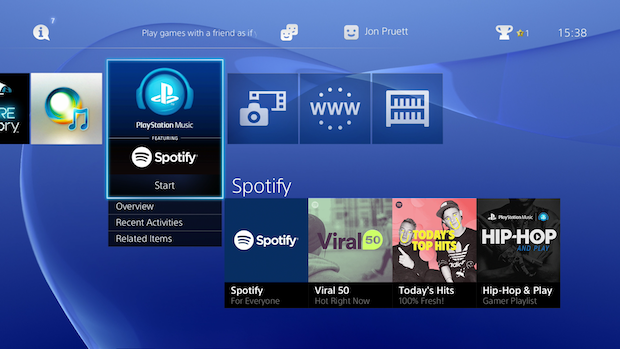 As previously announced, Spotify is now available for PlayStation 4 owners.

The app will be replacing the Music Unlimited service on the console. Those with a Spotify account can link it to the PlayStation 4, and those with active Music Unlimited accounts as of March 29th will get two free months of Spotify Premium access according to the PlayStation Blog. Those who already have a Spotify account but have never had a trial run of the service can get one month free.

Spotify costs $9.99 a month, and gives users access to over 20 million songs. The service’s coming to PS4 marks the end of Music Unlimited, which launched in 2010.