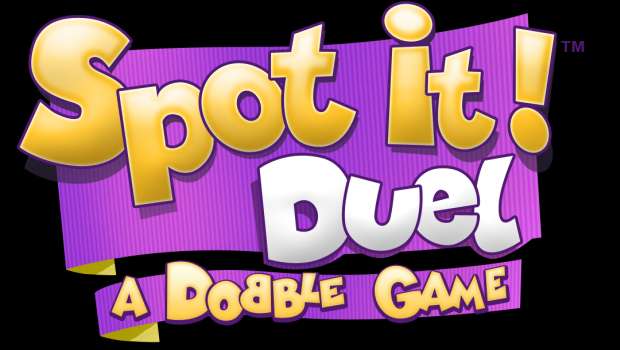 The Spot It! franchise has been a great filler game for those times when you are waiting for short time.  You still need to pack it along and use a tabletop to play it on though.  That’s about to change, as Spot It! Duel is now available for mobile devices.

Asmodee Digital today announced the global release of Spot It! Duel – A Dobble Game for iOS and Android. Spot It! Duel brings the quick-paced, addictive symbol-matching fun of Asmodee’s record-selling tabletop card game, Spot It! to mobile devices… for free!

Since its debut in 2009, the Spot It! franchise has sold over 10 million units worldwide, becoming a party game phenomenon among families and fans around the world, and winning numerous prestigious toy awards along the way. Co-developed by Asmodee Digital and Virtuos Games, Spot It! Duel is the brand’s first-ever freemium mobile game adaptation.

In Spot It! Duel, players match symbols as fast as they can, collecting rewards, Dobble characters and bragging rights along the way. Building up bigger combos will score extra points, but players must balance their strategy and speed to win. The game’s vibrant presentation and simple play mechanics are perfectly accessible for all ages, but increasingly difficult challenges will keep even the fastest fans on their feet. In short, Spot It! Duel is a family game night just waiting to happen.

“Given the enormous popularity of Spot It! with people of all ages around the world, recreating the classic, fan-favorite experience in a digital adaptation was truly a labor of love. We worked hand-in-hand with Virtuos to make Spot It! Duel one of the best games in the franchise, both for the existing community and newcomers alike,” says Asmodee Digital.

In Arena Mode, each player chooses one Dobble character from their collection to battle head-to-head against an opponent. Tougher arenas filled with more ferocious adversaries await as players climb the leaderboard and claim greater rewards. Spot It! Duel also features new ways to play against friends and other players worldwide, including Special Events with unique rules for added variety. The classic Spot It! experience comes to life in Challenge Mode, where players can sharpen their reflexes, earning special rewards as they master new rules, and build a collection of Dobbles – each with unique skills to train and customize. Solo challenges include Classic, Speed and Combo Master rule variations.

Leave the cards at home and take the experience anywhere. Spot It! Duel is the latest addition to Asmodee Digital’s ever-growing lineup of premium tabletop – video game translations.

Asmodee Digital has been knocking it out of the park lately.  Take a look and see what kind of challenges the app gives you.