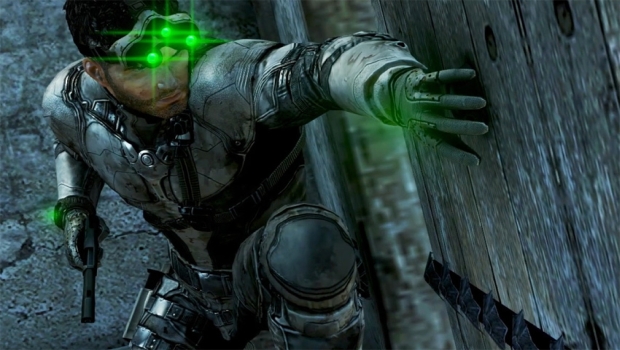 Undoubtedly for GDC fun, the folks at Ubisoft have released a new trailer to show of the rapidly-approaching Tom Clancy’s Splinter Cell Blacklist.   This trailer is a walkthru of a level called “Abandoned Mill” with commentary showing us some of the new tricks Sam has up his sleeves for all play styles (Panther, Ghost, and Assault)  this time around.  If you’ve not been keeping up with the title, here is a nibble on the backstory:

In Tom Clancy’s Splinter Cell Blacklist, players take on the role of lethal operative Sam Fisher who must stop an international terrorist group behind The Blacklist, a series of escalating attacks on US assets. Operating under the newly formed Fourth Echelon unit, Sam Fisher and his team will use any means necessary to prevent the next deadly assault.

Delivering a gripping modern-day storyline, the game brings back core elements of the franchise and incorporates a new level of technical innovation and design to create the biggest Splinter Cell to date. Tom Clancy’s Splinter Cell Blacklist will push the series to even greater heights by offering a complete package where single-player, co-op and multiplayer are tied to a universal economy system supporting a wide variety of play styles. Ghost players want to remain undetected; they analyze and plan the best way to go unseen. Panther players look for lethality in the most efficient and silent way. Assault players rely on instincts and are about open fire.

The original Splinter Cell was a title I drove around all of Phoenix just to find the demo disc, and I’m getting that same vibe for this title.  Toss in the Spy vs. Mercs competative multiplayer modes making its triumphant return and you’ve got a serious title on your hands.

Splinter Cell: Blacklist slated to release on the Wii U, Xbox 360, PS3, and PC on August 20th.