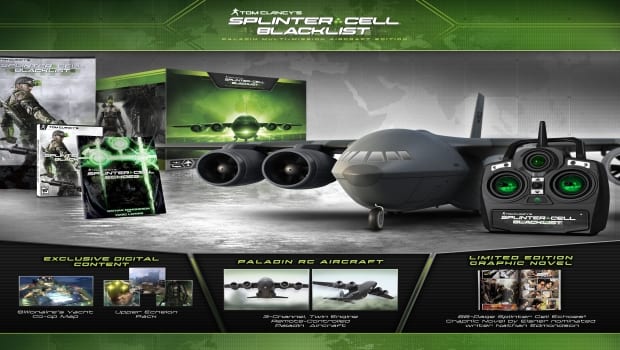 I’ll admit it – I’m a stealth junkie.  When Tom Clancy’s Splinter Cell: Blacklist was announced I knew I was going to be picking it up.  Well, Ubisoft has announced a Collector’s Edition version of the game with a comic, poster, extra maps, and an RC plane.  I guess I’m now going to be picking up that version instead.   Check it out:

The game is set to ship on Xbox 360, PS3, and PC on August 20th.  We’ve got a video showing off the Paladin CE goodies – check it out below: