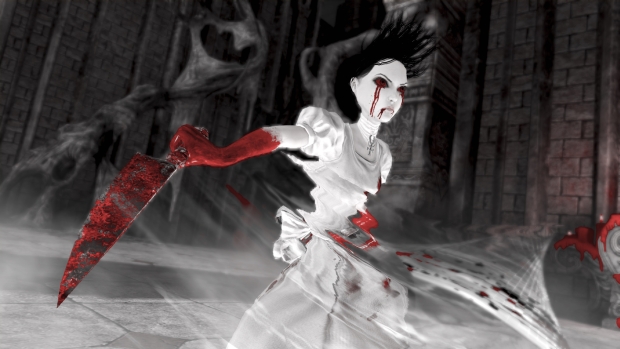 Alice: Madness Returns released way back on June 14th, 2011 and has since seen very little headline action. Many thought that developer Spicy Horse would move onto the creation of a sequel but no such thing was announced. However, today they revealed some news that will hopefully please those Madness Returns and original Alice lovers. It seems there’s going to be a nice little animated Alice series coming our way next year as Spicy Horse met their $200,000 goal on Kickstarter after a late push by the Alice faithful out there.

Some entertaining words from American McGee on this announcement and a brief description of what to expect in the short films:

“I’m more excited than a shark in a tornado,” said American McGee, CEO of Spicy Horse. “We’re already in meetings and I’m on the road next week to wrangle up more interest. Working with Alice and the Insane Children that love her is one of my favorite things in the world.”

Successful funding of the Alice: Otherlands Kickstarter enables Spicy Horse to acquire the film rights to the American McGee’s Alice IP and start production on a series of digital short films. Notables like Tsui Hark (Once Upon A Time in China) and Chris Vrenna of Nine Inch Nails/Marylin Manson have already announced their participation, with further outreach ongoing after the campaign’s success.

Also noted in the press release was that “Negotiations for the American McGee’s Alice game rights are still ongoing…” meaning that it doesn’t look like we’ll get a new Alice game for a while. Though technically, Spicy Horse could be working on the project and simply waiting on the rights to be claimed before they reveal it. Pure positive speculation as I would love to play another Alice game, especially one on next gen consoles.

These short films are beginning pre-production immediately and have a planned release date of December 2014. If you would still like to throw some bucks Spicy Horse’s way, click here.