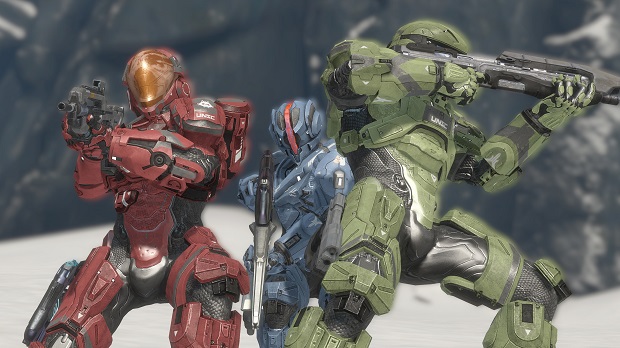 Made an update to make sure a match only starts when teams are even.
Players will now receive a ‘loss’ when disconnecting before a round has ended.
Made an update to include all split screen players in vote tally.
Resolved an issue that caused players to become stuck “Joining Session.”
Resolved an issue where players could be dropped from matchmaking after disconnecting their controller.
General Multiplayer Updates:

Made additional improvements to Halo: CE hit registration.
Made an update to the “Halo 2: Anniversary Career Progress” page to ensure achievements are correctly tracked.
Fixed an issue where it took a long time to join players that are in a Multiplayer lobby.
General UI/Menu Updates:

Fixed an issue where cross-game playlists could fail to progress to the next level.
Made several fixes to Campaign Playlist Carnage Reports.
Fixed an issue where Halo 3 Cooperative Playlist progress would not save correctly when completing a mission.
Made changes to ensure that Competitive Scoring and Timing are tracked correctly in Halo CE and Halo 2 Campaign Playlists.
Stats & Medals:

Made an update to ensure that the “Flaming Ninja Anniversary” achievement unlocks when prerequisites are met.
Control Layouts:

Spartan Ops is a cooperative mode that rolled out periodically after Halo 4’s launch.

Recently 343 announced that it would be bring Halo 3: ODST to the collection as an apology for the compilation’s matchmaking issues since launch.

For more on Halo, check out Gaming Trend’s review of the Master Chief Collection.