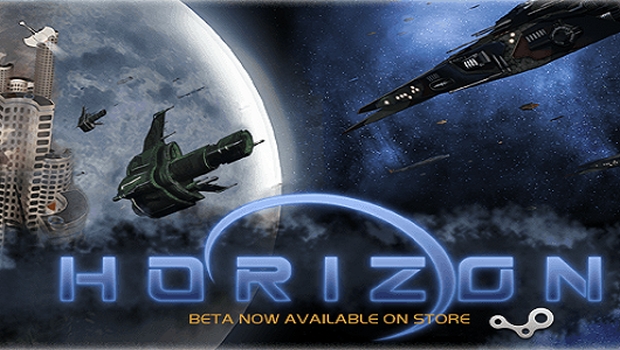 The team at Iceberg Interactive have announced that they are teaming up with L30 Interactive to bring their space-strategy title Horizon to steam next month.  The game is already in the late beta stages of Early Access, and the early feedback is overwhelmingly positive.  Have you missed out on what Horizon is about?  Let’s get into the specifics about this 4x strategy title:

Horizon is a single-player 4X game of galactic exploration and conquest in which players control humanity’s destiny and stands out from the 4X crowd with its focus a unique storyline focused on mankind’s expansion beyond its own solar system and immediate confrontation with two powerful and ancient races bent on shaping the future. One of the features that was added during Early Access thanks to the community pleading for it, is the option to also play Horizon in ‘classic 4X’ mode, choosing 1 of 8 races to set out and conquer a hostile universe.

Gamers will venture into deep space, expand into new frontiers and discover alien artifacts on long-abandoned planets, while negotiating, fighting in deep ship-to-ship combat, or partnering with alien species as they reach their intergalactic destinies. They will develop new colonies – and then watch them become galactic centers for trade, industry and science – as well as military bases, outposts and shipyards on their way to conquer new horizons.

The game has been greenlit for Steam launch in February, and you can still get into the Early Access program for $24.99.   I’m personally getting a Masters of Orion vibe, and that’s a good thing.  Pop over to the official Steam page and check it out the screenshots and video for yourself.