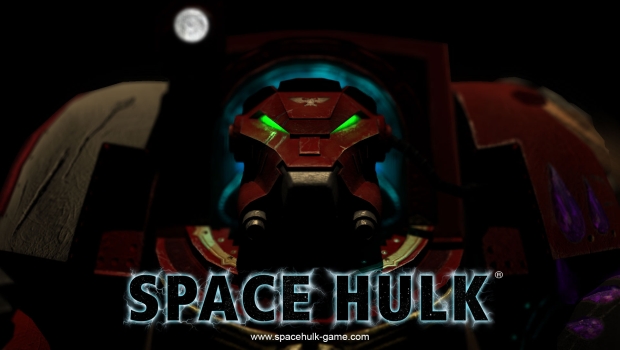 With Shadowrun Returns hitting yesterday (with our review right here), it is easy to get all sorts of nostalgic for the games of my youth. Well, that works out well as we just got the announcement that Space Hulk is now available for pre-order on Steam this morning. To go along with the announcement, we also have some screens and a trailer showing off the completely rebuilt classic. Here’s a bit about it:

Space Hulk Features
• The first Space Hulk video game in 17 years – available on multiple platforms (PC, Mac and iPad)
• Set in the hugely popular Warhammer 40,000 universe – official license of the legendary boardgame from Games Workshop.
• Turn-based tactical strategy game based on the popular and iconic board game mechanics.
• Blood Angel Terminators – Fight the ferocious Genestealers with heroes of the mighty Blood Angels.
• Fearsome Genestealers with challenging AI – meet unforgiving hordes of Genestealers
• Thematic 3D environment – experience the dark labyrinth of a Space Hulk as never before.
• Single player campaign based on the “Sin of Damnation” Space Hulk – Take on the Sin of Damnation campaign, which includes 3 brand new prequel missions and the 12 missions from the classic board game.
• Multiplayer head-to-head recreating the board game experience against a friend – get in the hot seat and battle it out with a friend.
• Cross platform multiplayer between Windows PC, Mac and iOS – play asynchronous against friends and foes on multiple platforms.

The game is literally right around the corner, coming August 15th on PC and Mac worldwide, with iPad coming later this year. Check out the videos and screens below!