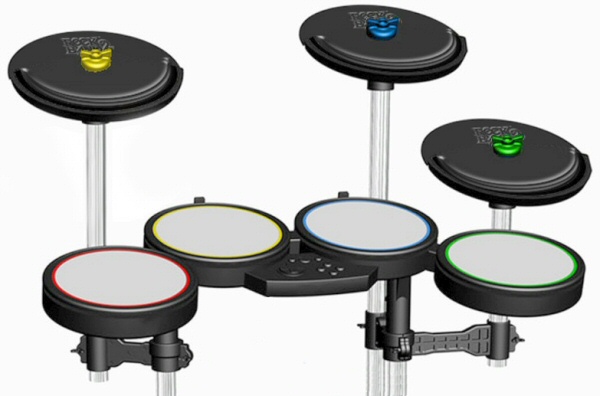 An unnamed source for Bloomberg reports that development is underway for a new Rock Band from developer Harmonix, and could even be on display at the coming PAX East convention.

The only tidbit of info is that an anonymous source that is “familiar with the plan” said that “[Harmonix] is developing a new title.” No other information has been released.

This news comes after months of gradual teasing and hinting from Harmonix, in the form of a survey about public reception to a new Rock Band title and the quiet restart of DLC production for Rock Band 3. Even as far back as April 2014 at the last PAX East, Alex Rigopulos (former Harmonix CEO and current Chief Creative Officer) said in his keynote that the company had plans to bring the franchise to the “coming console cycle” with “guns blazing.”

Expect parity with prior generation’s instruments to be a point of contention if the rumors are true.

If it does exist, suspicions are also rising that this new Rock Band will be on display at PAX East. The pins for the expo were recently announced on Penny Arcade’s website, with a mysterious ? over Harmonix’s name. Harmonix took to Twitter, only to reply with an ambigious “Hmmmm…”

This would be the first main entry in the Rock Band series since Rock Band 3 released in 2010, and the first full title since 2012’s Rock Band Blitz. Let us know what you think about a new generation of Rock Band games in the comments below!