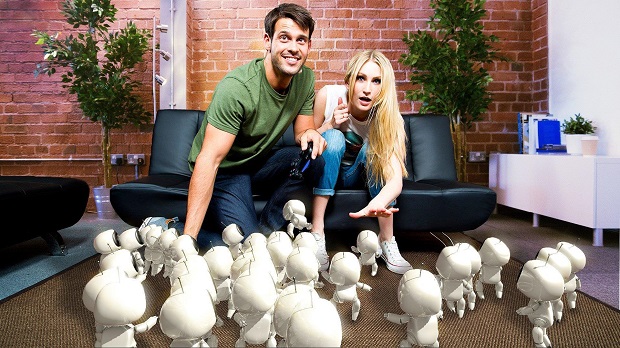 In order to continue the PlayStation 4’s ongoing success, Sony believes it will need to be able to cater to both the hardcore gaming audience, as well as more casual players who played the Wii.

Speaking to Red Bull, Sony’s Fergal Gara talked about how the PlayStation 4 needs to have a universal appeal, while also being sure to not alienate the gamer fanbase that made it successful.

”First of all, on the positive, we’ve learned how important it is to get your positioning right in the first place,” Gara began. “Adopting a very gamer-focused perspective from the outset served us extremely well. I think what we also learned is that it’s really important to keep innovating to keep interest in the sector. We have innovation coming through this year and plenty more on the agenda for years to come.

This year sees the introduction of Share Play, the introduction of PlayStation TV and as we look forward there’s plenty more to come – PlayStation Now and Project Morpheus looming in the background as a potential new project to take to market. It’s a great start but we can’t rest easy, we must keep exciting and delighting gamers – and of course broadening the audience as we go.

I’d like it to continue with the innovation stream I just talked about, but also what we want to see in the next year or two is a bigger mass market play, shall we say. So in order to broaden and perhaps fill the void that’s being left latent by, say, the Wii – which is a shadow of its former self. We need to have the kind of product that will engage that more casual consumer. I think that’s a big opportunity for us, and that’s not yet clear on the horizon, but something we should and I’m sure will be focused on as we look forward into year two, three and four.”

Earlier this year, Sony’s Andrew House also stated that Sony would be targeting the Wii demographic, but also reiterated that the PlayStation 4 would continue to maintain its gamer focus.