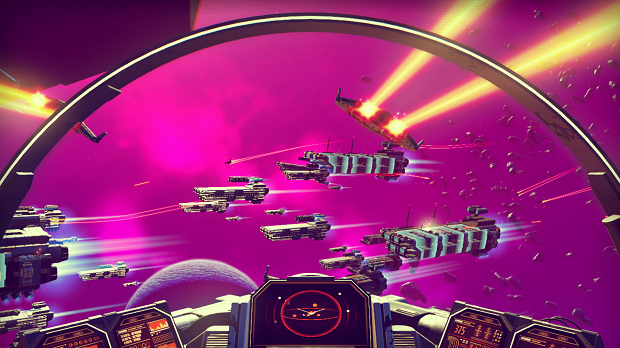 Sony has stated that the company is treating No Man’s Sky like a first-party game.

Speaking to MCV, Sony’s Fergal Gara spoke about the company’s plans for No Man’s Sky, saying that the level of collaboration between developer Hello Games and Sony has been significant enough that the publisher will be putting its full support behind it, as if it were coming from one of its own studios.

“No Man’s Sky has been treated as if it was from one of our internal studios,” he says. “We have been working very closely with the developers and bringing it into our release programme as if we had made it. We are not going to treat it any differently and we are going to put the full weight of PlayStation behind it. If it all comes together as well as expected, it will be treated like a first-party release; it is not a self-published small indie title on the platform.”

No Man’s Sky is coming to PlayStation 4 sometime in 2015, and will come to PC sometime after it launches on the console. However, it seems that Hello Games’ open-universe game isn’t currently in development for the Xbox One.