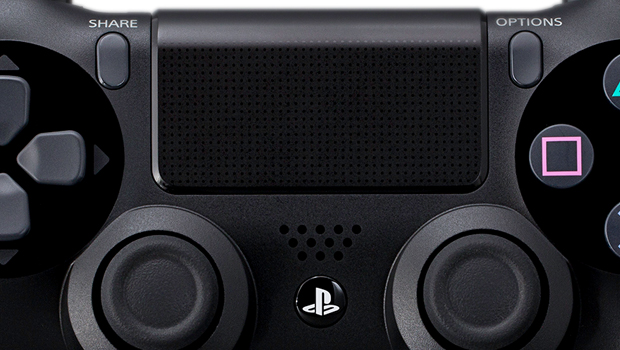 With Grand Theft Auto V coming to current-gen tomorrow, Sony has revealed some of the features that will be exclusive to the PlayStation 4.

Through a post on the PlayStation Blog, some of the content that will utilize the DualShock 4’s touch pad, speaker and light bar was detailed, including the ability to change to the game’s first-person mode.

”Switch seamlessly between camera perspectives on the fly (including from first person to third person), switch radio stations, weapons and camera angles, and even quick-toss a grenade in the middle of a firefight – all with a swipe or a tap on the Touch Pad.

Because any aspiring career criminal would do well to keep their enemies close, you’ll be able to hear police radio chatter through the DUALSHOCK 4 controller’s speaker, as well as receive phone calls from friends and acquaintances Michael, Franklin and Trevor make during the course of the game.

The controller’s light bar will change colour based on the character you are playing and when the LSPD heat is upon you, the Light Bar will flash red and blue to make it perfectly clear that you might want to be somewhere else.”

Grand Theft Auto V is coming to PlayStation 4 and Xbox One tomorrow, but PC players will have to wait until January 27th.

For more on the re-release of Grand Theft Auto V, check out Gaming Trend’s review.