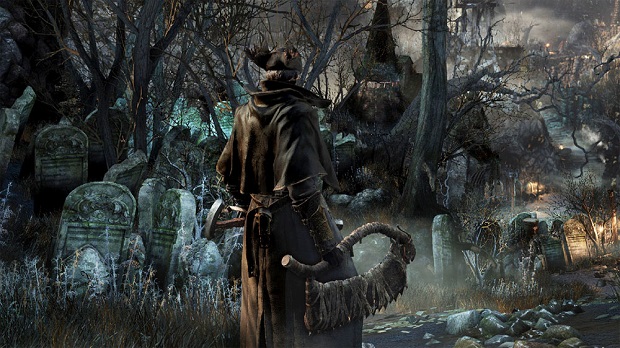 During the latest episode of the PlayStation Blogcast, Sony’s Scott Rohde took some time to talk about From Software’s Bloodborne.

Rohde spoke specifically about the game’s visual prowess, saying that From Software’s spiritual successor to Demon’s Souls is “off the charts” graphically.

“The way it looks; just off the charts to me,” says Rhode. “It has, I’ve said this before … there’s a certain, like, wetness to that game. I don’t know what other word to use. It just feels like everything is dripping and oozing with whatever it is–it’s water, it’s blood, it’s whatever it is; and it just looks gorgeous.”

From Software’s Hidetaka Miyazaki has said that Bloodborne wasn’t possible on any platform other than the PlayStation 4 due to its detailed art direction.

Bloodborne is coming exclusively to PlayStation 4 on February 6th.