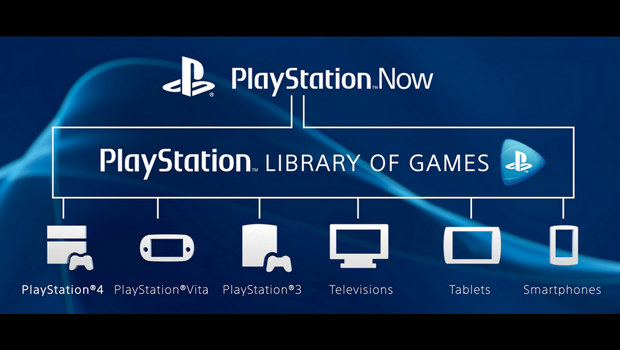 Sony has announced that they will launch a game streaming service titled “PlayStation Now” in the United States this summer.

PS Now promises to deliver PS3 games instantly to the PS4 and PS Vita devices, as well as on smartphones, tablets, and Smart TV’s, over high-speed internet.  Sony stated that players will be able to switch from one supported device to another, so you can start playing on your PS Vita wherever there is WiFi, then move over to a supported TV or tablet instantly.

The Sony booth at the 2014 Consumer Electronics Show is showing off their new tech with BEYOND: Two Souls, God of War: Ascension, The Last of Us and Puppeteer playing on PS Vita and the Sony Bravia Smart TV.