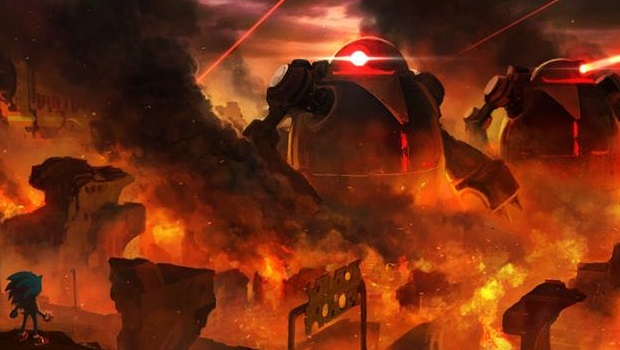 Sega’s new 3D Sonic game, previously referred to as “Project 2017,” has had its official title revealed as Sonic Forces. Gameplay of the first stage has also been shown.

The excitement of this reveal may soften the blow to fans’ enthusiasm from Sonic Mania‘s delay to a summer release.

While not much is known about Sonic Forces at this point. the debut trailer released in July of last year featured Classic Sonic and Modern Sonic together, like Sonic Generations did. The setting shown in both the trailer and the gameplay footage appears reminiscent of the Sonic the Hedgehog Saturday morning cartoon from the 90s, in which Dr. Eggman (then known as Dr. Robotnik) had successfully conquered the planet, and Sonic was a freedom fighter.

Sonic Forces is slated for a Holiday 2017 release on PC, PlayStation 4, Nintendo Switch, and Xbox One.