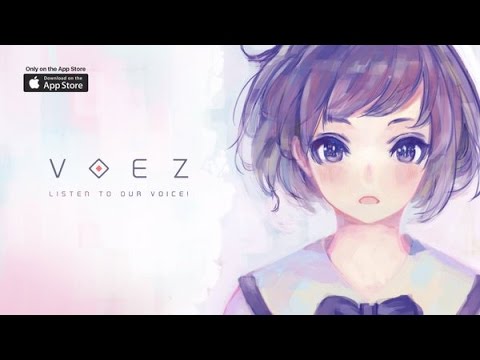 Taiwanese developer Rayark announced today that their tablet game Voez will be a launch title for the Nintendo Switch in Japan (translation thanks to NeoGAF). Voez is a touch-based rhythm game which requires a touchscreen to play, so it would be impossible to play in the Switch’s docked TV mode. This was confirmed in an FAQ published with today’s announcement.

This software can not play in TV mode. Touch the touch screen in mobile mode to play the game. Button operation is not available. (Google translation)

Questions of how Nintendo would incorporate the Switch’s capacitive multi-touch display began to circulate when the functionality was first reported a few months ago, and even more so with titles like World of Goo — another primarily touch-based game — announced for the Switch. Considering this most recent announcement, it may very well be that more games could be coming to the transforming console without TV or controller support.

Since the Switch is powered by NVIDIA’s custom Tegra processor (a similar build to those powering several Android-based tablets), it would make sense that Android-based games could be well-suited to the console’s architecture, as well as its touch-based design. However, this comes as a slight surprise since Nintendo seemed to go out of its way to avoid talking about the Switch’s touch capabilities — or, indeed, whether or not the console even had a touchscreen. (The first showing of the Nintendo Switch showed no interactions with the console’s display, and Nintendo made no mention of the touchscreen until after its live presentation last month.)

Nintendo Switch is scheduled for launch March 3. Included in the launch lineup for North America are Zelda: Breath of the Wild, 1-2-Switch, Snipperclips, Just Dance 2017, Super Bomberman R, Skylanders Imaginators, I Am Setsuna and Fast RMX. Nintendo recently announced that the console will not launch with its own Virtual Console.