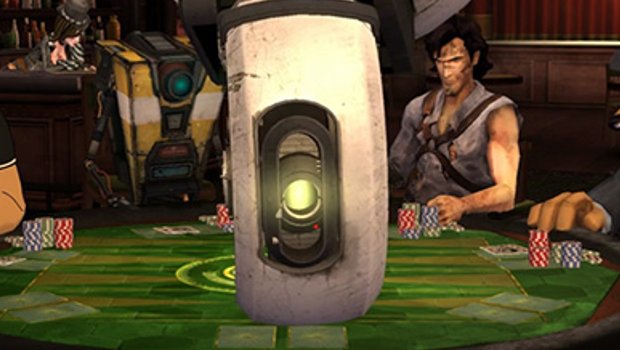 No, this isn’t about Poker Night at the Inventory 2. A poker player managed to get someone more dangerous than GladOS angry at him.

Wired has an interesting story up about an interesting legal case currently being pursued. Here’s the short version: some very crafty gamblers discovered a software bug in a video poker machine. The sort of bug that was able to make them thousands of dollars wealthier if they just happened to exploit it the right way. As often happens in cases like this, they got a bit greedy, the casino noticed, and the right to their winnings was disputed. So far, so normal. What’s not so normal is how high the stakes have become – with government prosecutors getting involved to argue that what the exploit-using gamblers did in this case was not only unethical, but a violation of federal anti-hacking laws. Keep in mind, the players in this case didn’t break into the machine, or fiddle with the hardware directly. They just exploited a bug – or is it a feature? – that was already built into the code.

Granted, this is a little far away from the usual sorts of gaming we discuss here at Gaming Trend, but for those of you who are interested in hacking laws and the legal perception of profitable bug exploits – say, bug exploits that could conceivably be found in MMOs or other games – the Wired article makes for a thought-provoking read. What makes the issue murkier is that this exploit was linked to a complicated series of button presses, which makes the whole “I was just playing poker and used this feature, man, what’s the big deal” defense angle more unrealistic. I think it’s clear, at least in some ways, that the use of the exploit was unethical. It had to be realized that the ‘feature’ was unintended. But is it reasonable to treat as a federal hacking case? Would it be reasonable to charge someone using an MMO exploit for personal profit with a hacking charge as well? If so, well… life just got a whole lot riskier for MMO farmers in the US.