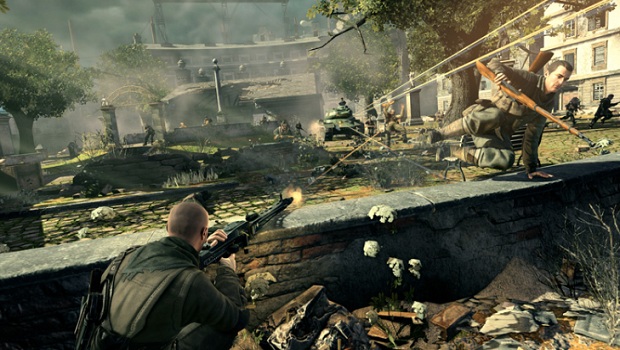 The follow up to Rebellion’s 2012 tactical shooter Sniper Elite V2 is in development, and now there’s an official website for gamers to track its progress. There isn’t much to see yet, considering the game isn’t expected to be released until some time next year, but a tweet from from the official Sniper Elite Twitter hints that there may be more news “soon”.  Sniper Elite 3 will be set during World War Two like its predecessor, but this time gameplay will focus on the oft neglected African theater of war. Earlier, Rebellion CEO Jason Kingsley had this to say about the upcoming game:

We’re very excited to be working with 505 Games again on a sequel that will build on the highly successful Sniper Elite V2. We’ve got some great ideas to improve on what we did before and feedback from fans has been invaluable. Sniper Elite V2 was just the beginning of what we want to do with the franchise, there are things we didn’t have time to do before that we can really look at featuring this time. We want to focus on making this latest incarnation of Sniper Elite more of a sandbox game but also build on the awesome X-Ray Kill Cam and the atmospheric  World War II setting. We’re looking forward to seeing what Sniper Elite fans and gamers in general make of the latest chapter in the story.

More sandbox-y and an even better killcam? Sounds like a plan to me. Sniper Elite 3 is currently in development for PC and both current and next-gen consoles.