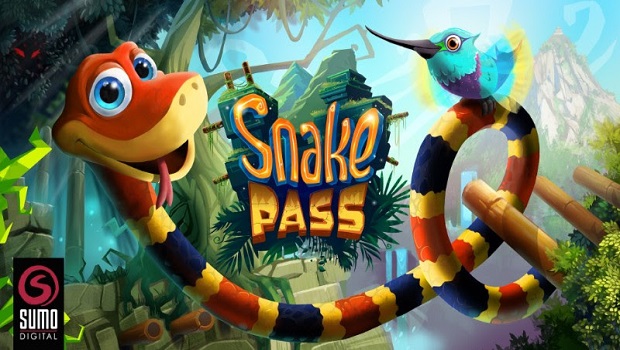 Sumo Digital announced today that its upcoming platformer, Snake Pass, will be launched on March 28 for the Nintendo Switch, PlayStation 4, Xbox One, and PC. The game will also sport different features that takes advantage of each console release.

When a mysterious intruder threatens the tranquillity of their home, it’s up to Noodle the Snake and Doodle the Hummingbird to embark on a daring journey to save the day. Controlling this dynamic duo, players must become one with the snake as they slither, curl and climb their way through 15 levels across 4 increasingly challenging themed worlds.

Sumo Digital also announced exclusive features to each console release. The PlayStation 4 version will take advantage of the PS4 Pro, allowing players to play the game in 4K. The Xbox One version will support the Xbox Play Anywhere initiative, which will allow players to play the game on both Xbox One and Windows 10 PCs at no additional cost. The Nintendo Switch version will be playable in TV mode, Handheld mode, and Tabletop mode, with support for the Joy-Con and Pro Controllers.

Snake Pass will be available on March 28 for Nintendo Switch, PlayStation 4, Xbox One, and PC.