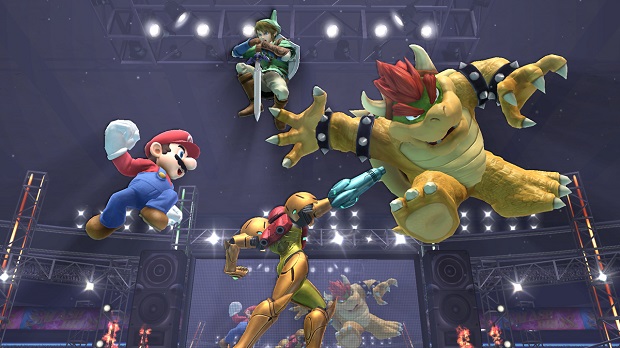 In a column at Weekly Famitsu, Sakurai explained that the game’s long list of potential gameplay scenarios makes for an in-depth and incredibly long debug process.

“In a previous Smash Bros., we found a bug during the debugging process where if fighter A hits item B and fighters C and D are simultaneously affected, the game would freeze.” Sakurai mentions. “Considering not only the different fighters, but items, stages, color settings, play rules, and game modes, the number of varying combinations are astronomical. In order to properly debug, every pattern must be tried, but such a task would be impossible no matter how many decades or centuries you take.”

While Super Smash Bros. for Wii U doesn’t have a nailed down release date, the game is currently projected for a Winter 2014 release. However, Sakurai does point out that even the most seemingly small bug can cause a game to be delayed.

“There are many reasons why a game’s release date will be delayed, but eight or nine times out of ten, it’s usually because a bug couldn’t be fixed in time.” Sakurai wrote. “But it’s better than releasing a product like that.”

Super Smash Bros. for 3DS is coming out on October 3rd, but just how much later the Wii U version will take to come out is currently unknown.

Recently, it was confirmed that Meta Knight would be returning to the game, having made his Smash Bros. debut in Super Smash Bros. Brawl for the Wii.

For more on Super Smash Bros. for 3DS and Wii U, check out our preview of both games from this year’s E3.