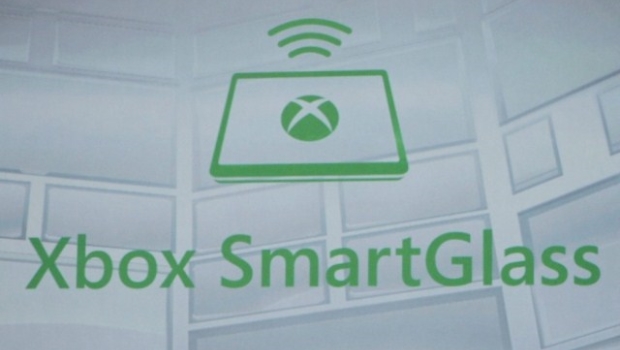 Just saw this bit of news over at the Microsoft official Xbox newswire – apparently Dead Rising 3, Just Dance 14 and Project Spark will have native support for the upcoming SmartGlass technology in the Xbox One. Project Spark beta for Windows 8 and Xbox One was announced a while ago and they’ve identified the beta dates: end of October for Windows 8, and January for Xbox One. Head over if you’re interested in registering, but be aware, the PC version is a Windows 8 / 8.1 exclusive.

[singlepic id=16523 w=240 h=180 float=right]Dead Rising 3 is one of the promising games for the Xbox One launch. Since the game is exclusive to Xbox One, it only makes sense that Capcom spend some time using some of the added benefits of developing for the companion application. In this case, it looks like Smartglass will enable some side missions, map tracking and more. Quoting right from the release:

Early in the story, Nick finds a smartphone. At this point the player can connect their SmartGlass device and turn it into a Zombie Defense and Control PDA. This is totally optional, but again, we wanted to make it a rewarding and fun experience that feels fully integrated into the game – not just tacked on.

Here are the features Nick’s ZDC PDA will support:

Exclusive Side Missions and Rewards: You will receive phone calls and text messages from in-game characters on your SmartGlass device which will activate special missions exclusive to SmartGlass users. These missions have their own story that feeds back into the fiction of “Dead Rising 3” and will reward players with exclusive weapons and additional support applications for your ZDC PDA.

Mission Tracker: Track your progress towards all your active missions without having to pause and navigate the in-game menus. SmartGlass gives you a mission checklist as well as a map for quick reference as you fight your way through the zombie hordes.

Los Perdidos News Ticker: With the news ticker, you’ll get updates and hints on where zombie outbreaks are happening around the city, giving you an edge as you plan your escape (or attack!).

Real-Time Map: Shows your location in Los Perdidos, the location of your co-op player and other points of interest in the world.

Support Applications: Use the ZDC Military Support app to request drone gun support, military grade flares to distract zombies or an air strike to decimate an infected area. You can also utilize Item Finders to locate specific weapons, vehicles and stores scattered throughout Los Perdidos, or the Backup app to call in survivors to help you fight and get Hints to help with missions or boss fights.

[singlepic id=16524 w=240 h=180 float=right]Project Spark, lets gamers take game into their hands, literally. Microsoft Studios are intending it to replace the need for the controller, which makes sense given the creation element. In fact, none of what is written in the original article even suggests Smartglass through anything other than for Windows 8 platforms. They’ve done this in the past – Forza Horizon’s SmartGlass map was for Windows only and excluded the smartphone users. Whether or not this is the case has yet to be seen – but if they are planning on streaming video from the Xbox One to a handheld system, this would be the first we’ve heard of it.

[singlepic id=16525 w=240 h=180 float=right]Just Dance 2014 looks to be using SmartGlass as a way to engage other people while you’re dancing. From effects to changing the playlist dynamically, the control shouldn’t disrupt the dance party just to add or remove songs from the set. They also mention Autodance – a collection of the coolest dance moves recorded by the game – and smartglass can help you apply effects and edit the results.

Microsoft launched SmartGlass almost a year ago for the Xbox 360, and while the concept of a companion app for your console is cool, the implementation left a lot to be desired. In fact, SmartGlass (1.0) has had almost no adoption of the technology in upcoming games. The only use I’ve found for it where it just seems to work is if I have a controller without the chatpad attached, or if I feel like using Internet Explorer. The lag in the current layout makes it all but useless otherwise – and the new version of Smartglass is using different technology to connect to the Xbox One to ensure it is a far more responsiive.