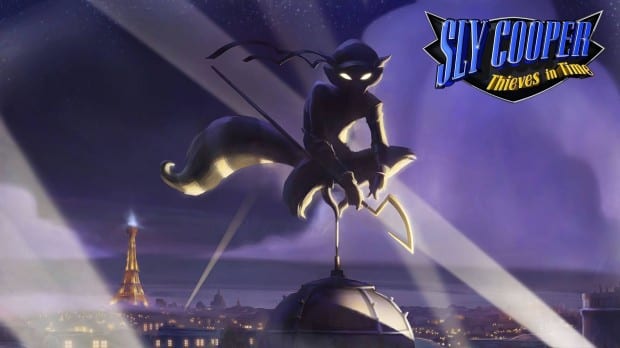 Well, this is a bit of a surprise. In a last minute change (with virtually no fanfare), the PlayStation Blog has announced the final retail price for Sly Cooper’s latest outing — a cool $39.99 (Amazon still has this listed at $59.99, while GameStop has it listed as a price cut for the new price, so expect other retailers to follow suit in the coming days). Sly Cooper: Thieves in Time is also a “cross buy” title, meaning consumers purchasing the title for PS3 will also receive a digital version of the same game for Vita at no additional cost. Portable gamers unconcerned about home playability can purchase the Vita version at a lower than expected retail price of $29.99. This is all rather awesome, as Thieves in Time looks to recapture the magic of the PS2 era Sly Cooper games, and will now do it at an incredibly low price. Maybe Sony realizes exactly what they’re up against that week, and aims to go toe to toe with some stealth pricing. Appropriate. Check out a brand new gameplay video after the break, and keep an eye out for Sly Cooper: Thieves in Time to hit PlayStation 3 on February 5th, 2013.