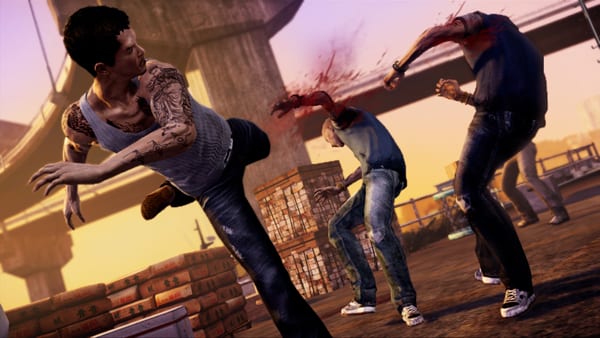 To kick things off this morning we have a brand new video for the Square Enix / United Front title, Sleeping Dogs. In this video we get a run through of a full level called “Mrs Chu’s Revenge”.  Here is a bit about it:

In the back room of the Golden Koi, the restaurant is far from Mrs. Chu’s mind. With her close friend dead, murdered at her own wedding, it’s revenge that needs serving. With one of the gunmen known to Wei, an explosive mission unfolds across the streets of Hong Kong.

Producer Dan Sochan narrates a complete mission in the game, explaining down the systems in Sleeping Dogs and showcasing the game’s best-in-class combat.

Developed by United Front Games in collaboration with Square Enix London Studios, Sleeping Dogs is a gritty and visceral open world cop drama set in the vibrant city of Hong Kong. Taking the role of undercover cop Wei Shen, players are tasked with taking down one of the world’s most fearsome criminal organizations – the Sun On Yee triad – from the inside. For more information about the game, visit http://www.sleepingdogs.net and join our facebook page at www.facebook.com/SleepingDogsGame for regular updates.

I saw this game when it was still part of the True Crime franchise – it’s amazing how far it has come in that time!   The game is just around the corner, so get your pre-orders in before the launch date – August 14th on Xbox 360, PS3, and PC.  Look for our coverage as we move closer to that date.  Enjoy “Mrs Chu’s Revenge”!