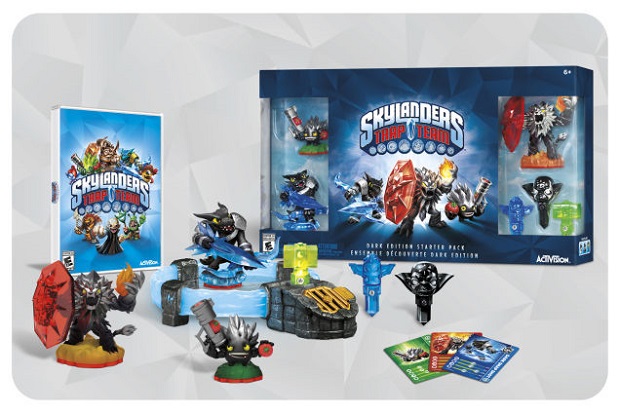 Trapping Kaos allows the player to play as him. Using traps is the new feature for Trap Team, and doing so requires players to use new “Trap” toys, meaning this new feature will launch a whole new subset of Skylanders products over the course of the game’s lifetime.

The Dark Edition of Skylanders: Trap Team will run you $99. Trap Team is currently slated for release on October 5th for PlayStation 3, PlayStation 4, 3DS, Wii, Wii U, Xbox 360 and Xbox One.

For more on Trap Team, check out our preview from this year’s E3.