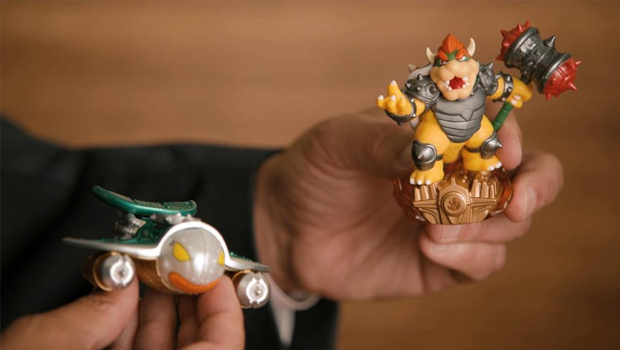 The models, named Turbo Charge Donkey Kong and Hammer Slam Bowser, will have their own vehicles as well, a mechanic introduced in Skylanders SuperChargers.  In-game they will do what you would expect, such as throwing barrels and swinging hammers, but they will also pay tribute to early titles in the series.  The trailer showed off at Nintendo’s Digital Event saw Donkey Kong dropping ladders and barrels from the sky, much like in his first appearance in arcades.

The figurines have a switch on the bottom that will allow them to switch between Skyllanders and amiibo mode, which will let them function in select amiibo enabled games.