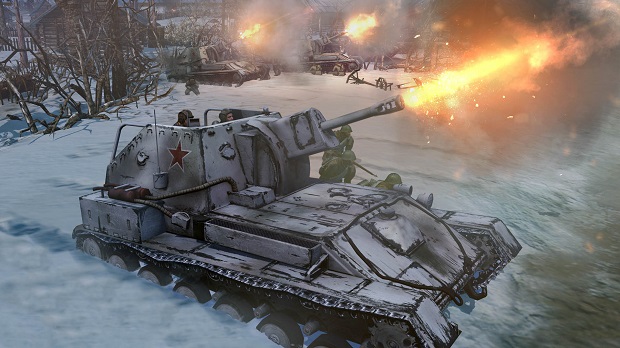 Well, in spite of Order No. 227, Company of Hereos 2 is going to take a step back to June 25.  It’s a reasonable move, given the tumult of the past few months.  If you missed it, Company of Heroes 2 was originally set to be published the THQ, but the developers were left adrift when THQ collapsed spectacularly in January.  Luckily for all of us, SEGA swooped in to give Relic a new home, and from the press release it looks like Relic is going to be using the extra time wisely:

“We hate to disappoint our fans with a later than expected date as we know they are eager to play but we feel that the additional time will help the team deliver the high quality sequel fans deserve.” commented Greg Wilson, Producer of Company of Heroes 2. “However, the wait won’t be long as players will soon be able to help us test and balance multiplayer in the upcoming Closed Beta. Details will follow shortly.”

Yes, you read that right, beta tests are upcoming, but there’s still not much detail to be had.  We here at Gaming Trend are really excited about this one, so you can expect to hear all the latest news as it develops.