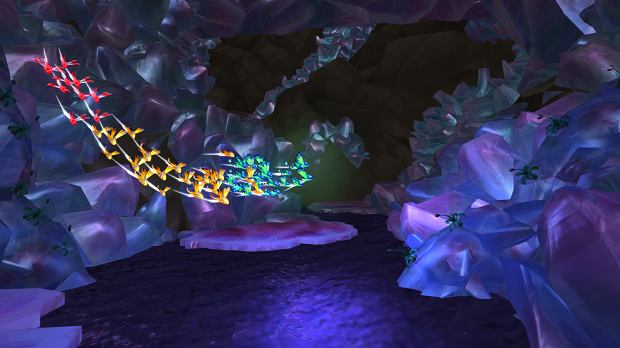 There’s a time and a place for challenging video games, but sometimes you just want to unwind a little while you play. Rising Star Games announced that their latest title, a relaxing flow-based adventure called Lumini, will be coming to Steam on September 3, 2015.

From the people that brought you BEYBLADE: Evolution and Deadly Premonition, this is something with a slightly different pace. You play as a swarm of ancient creatures called Lumini that reveal their complex backstory while you explore. Though you’re tasked with protecting the swarm and solving puzzles, you’ll also be treated to gorgeous landscapes and introduced to other fantastical beings along the journey.

This title will be playable on PC, Mac, and Linux. A deluxe edition featuring the game and its soundtrack will also be released on Lumini’s launch date. To learn more, visit the game’s website here.