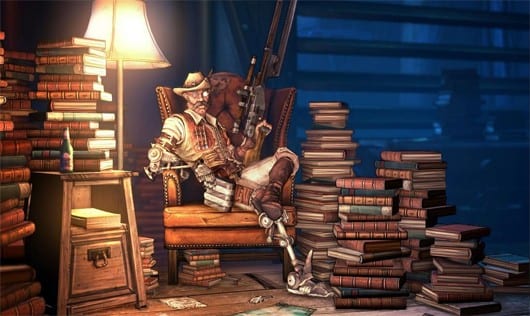 After more than a week of rumors, Borderlands 2’s next DLC entitled, “Sir Hammerlock’s Big Game Hunt” has been confirmed by Gearbox Software, alongside a wealth of information. The DLC will have players joining Sir Hammerlock on an adventure taking place on a new island on Pandora, and will contain tons of new enemies, a raid boss that Gearbox is calling the most challenging one yet, and a story that will reportedly involve Handsome Jack and a new villain. Check out the trailer!

Gearbox President and CEO Randy Pitchford chimed his excitement on Twitter saying, “Sir Hammerlock’s Big Game Hunt is really badass. Will be best BL2 DLC yet.” Big Game Hunt drops on January 15th on all platforms and is included in the season pass (otherwise it’ll cost you $10).