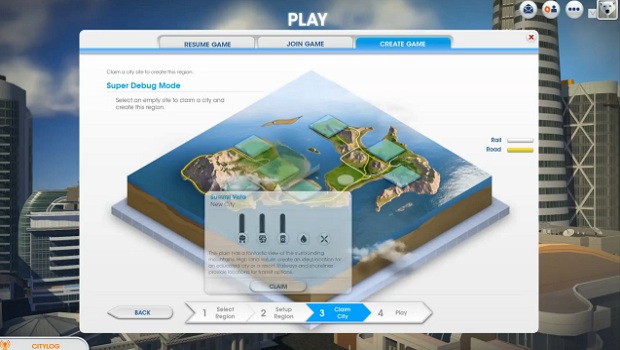 The SimCity saga continues, but this time the news might be good rather than bad.  Redditor AzzerUK recently posted a video of some SimCity footage— with a few important changes. By fiddling with the game’s debugging tools, he was able to edit highways outside of the default borders, expanding cities beyond the limits that some have criticized as being artificially small. Perhaps more interestingly, AzzerUK was able to disable the game’s built-in disconnect timer, allowing indefinite offline play. From his Reddit post:

So with a little bit of package editing within SimCity thanks to the modding guide posted to Reddit earlier, and a little playing about in the code, it’s possible to enable debug mode. I linked the activation to the “Help Center” button in the main menu for ease. Most developer debug features are disabled without having an actual developer’s build (they have terraforming tools etc. available in the full developer build!), but a few things do still work – including editing the main highways.

Not only that – but you can edit the highways ANYWHERE – even outside of your city boundary… and even if you quit the game and log back in later, it’s all saved safely on the server.

This shows that highway editing will be easily possible, AND that editing outside of the artificially small city boundaries should be very viable too, potentially (since you can place roads and rails that snap anywhere on-screen).

Although not everyone will have the tech skills to mod the game files, the fact that the game appears to work fine offline weakens one of Maxis/EA’s major justifications for the always-online requirement— that the game relies on server-side calculations to run. Have a look at the video of the SimCity mods below.