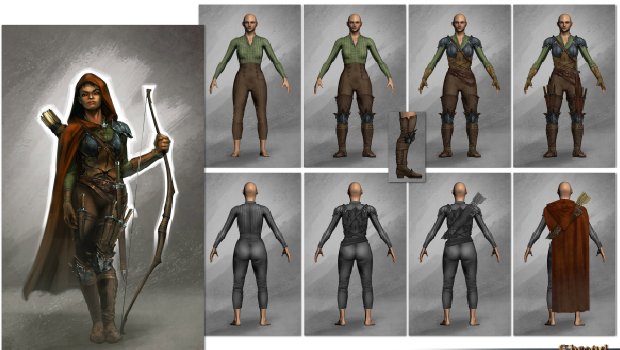 It’s been a while now since Ultima creator Richard Garriott’s Shroud of the Avatar: Forsaken Virtues managed to get kickstarted (pulling in almost double of its initial 1 million dollar goal.) The game’s creation is still underway, but in the meantime there’s still some news of note. The latest kickstarter update contains screens, video and information about the creation of the female avatar (largely her appearance and design), a general call to help increase the size of the Forsaken Virtues community (which, after all, helps determine the health and therefore long-term development of a game), and details about an upcoming “48-hour hour scene jam” that will task fans with creating something neat in a short amount of time – and there are some weighty prizes being offered too!

Really, it’s too much news to aptly summarize in a single news post, so be sure to check out the kickstarter update itself for more details. It’s nice to see so much emphasis on community with Shroud of the Avatar, and hopefully all the enthusiasm will pay off in making a suitable quasi-‘sequel’ to one of video gaming’s best RPG series.