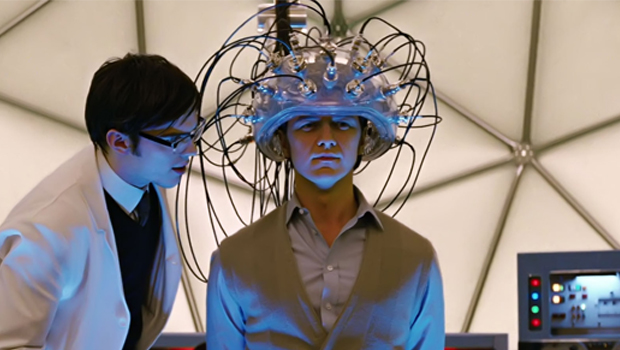 You know how Professor Xavier puts on his cerebro-helmet so he can read the minds of everyone on the planet? Well this won’t do that, but it might make you a smarter gamer.

Foc.us is a new product being marketed to the gaming community utilizing a technology called transcranial Direct Current Stimulation (tDCS) that sends small electrical impulses into the prefrontal cortex of the brain. Test results have shown that this type of stimulation increases reaction time and the speed in which the brain processes information.

An article on the BBC news site says, “Depending on which part of the brain is stimulated TDCS can be used to improve language and maths ability, problem solving, attention span, memory and even movement and coordination.”

And gamers aren’t the only one’s interested in this new tech. TDCS is being utilized by Air Force Drone pilots and Army Snipers to reportedly cut their training time in half.

Certainly this is an attractive claim for any gamer whose tired of being outmatched by their friends and is looking for an advantage over the competition (imagine what this could do for my Terran build order).

But is electrically shocking your brain really a viable solution? The technology has been around for a while in the medical community for treating stroke victims and thus far has proven to be safe. The foc.us headset recently passed and received certification from the FCC and has been deemed fit for consumption (as long as you’re 18+ and not epileptic). But the long-term effects are still widely unknown.

Now that these headsets are readily available for purchase, only time will tell if they will leave a noticeable impact. At $250 a pop, they’re still a bit pricey for those merely harboring a minor curiosity. Still it is something to think about the next time you’re getting trounced in the game room.