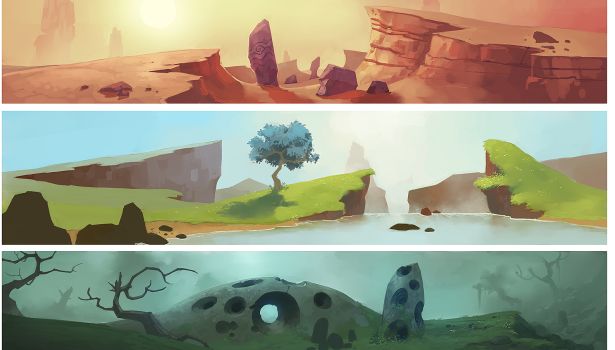 The idea of making a relevant mulitplayer exploration game is something that comes with a multitude of challenges. Shiro Games has decided they are more than willing to take on those challenges as today they revealed “Until Dark,’ which is just as mentioned, “a new multiplayer exploration game set in a vast and mysterious world.” If you will recall, Shiro Games is the company behind “Evoland,” a very unique and interesting homage to JRPG’s throughout the years. Evoland featured a very unique art style, something I am sure Shiro is hoping to recreate in Until Dark.

In Until Dark, players take the role of adventurers in a huge world waiting to be explored. They can travel, fight exotic monsters, gather and build as they need to be prepared for when the Darkness Season comes.

Not much was said about Until Dark except for that it’s coming but you can bet that as information about Shiro’s latest product rolls out, we will keep you informed here at Gaming Trend. Until then (get it?), you can look above for some nice concept art. Until Dark is currently set for release in Q2 2014.