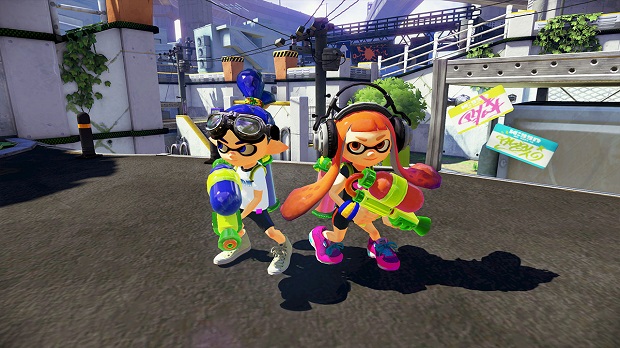 It looks like the upcoming Wii U exclusive Splatoon didn’t grab Nintendo’s Shigeru Miyamoto, the creator of Mario and many of Nintendo’s other notable franchises, right off the bat.

GamesRadar+ reports that in an interview with Edge Magazine, Nintendo’s Tsubasa Sakaguchi, Hisashi Nogami, and Yusuke Amano explained that Miyamoto wasn’t satisfied with the early pitches for the multiplayer-centric shooter, and his critiques helped mold the game into something more focused as development went on.

“[After] the prototype phase, we had all these ideas about the height, the ink, the characters, and the image of the character and the squid,” Sakaguchi began. “But we couldn’t kind of filter it down to a final result that would result in a simple, fun game. And during this period, we were being scolded by Mr Miyamoto all the time.”

According to Nogami, Miyamoto didn’t get what the developers were going for with Splatoon, saying that there was “no appeal to this game.” Amano explains that Miyamoto’s criticism resulted in added mechanics that helped the game gain a more definitive shape.

“We had the basics,” Amano says. “And then we were like, ‘Let’s add the hiding [in ink] feature; let’s add jumping; we need height, because it’s a 3D map.’ And then we thought, ‘We need to be able to shoot up and down.’ And we realised we’d added all this stuff, and we got confused. We didn’t know what the game was about.”

Splatoon is slated for release on May 29th, and will launch alongside three Amiibo figures.