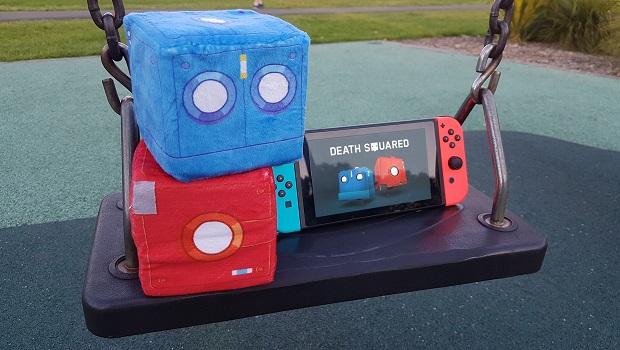 SMG Studio announced today that its cooperative puzzle game Death Squared will be released on Nintendo Switch sometime within the second quarter of this year. Currently available on PlayStation 4, Xbox One, and PC, the Switch version will have some exclusive content not seen in previous releases.

Death Squared is a cooperative puzzle game where players must lead their color-coded cuboid companions to safety. Each player must survive in order to finish levels complete with hidden traps and deadly devices. If even one person succumbs to the failure, the whole team must start back at square one. In addition, The Switch version of Death Squared will include brand-new levels which have not been released in previous versions of the game.

“Death Squared was created as a co-op experience for players of all ages and skill levels to enjoy,” said Patrick Cook, lead designer of SMG Studio. “We believe it’s a perfect pairing for the Nintendo Switch and its distinct multiplayer capabilities. It’s our hope you’ll ‘share the joy’ of Death Squared with friends and loved ones when it releases for the system later this year.”

Death Squared will be available later this year for the Nintendo Switch, and is currently available on PlayStation 4, Xbox One, and PC. Stay tuned for more news here on Gaming Trend.