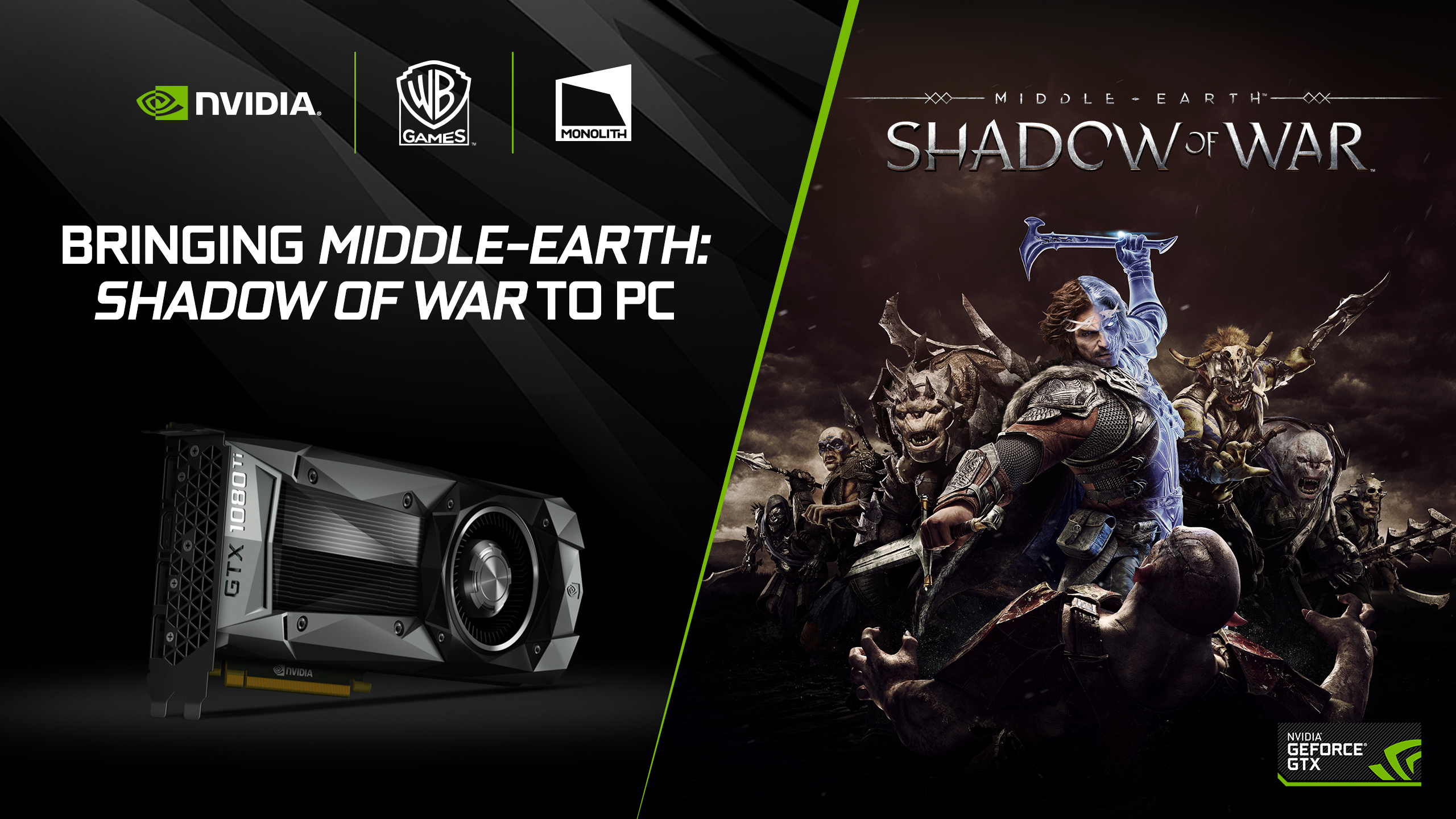 Announced at Gamescom, NVidia, Warner Bros., and Monolith are teaming up to make the PC version of Middle-earth: Shadow of War push our graphic cards until they cry for mercy. Long time partners, NVidia has been helping Monolith polish their titles all the way back to the awesome mech game Shogo: Mobile Armor Division (Magic Claw!). This time around, they are bringing the full force of the NVidia team to bear on the game, including Ancel screenshots, G-SYNC monitor support, SLI, 4K resolutions, and more.   Here’s a quick nibble from our hands-on preview:

To push the RPG elements a bit further, the team has expanded the inventory system. Applied to both swords, bow, armor, capes, and rings, players can now collect three different type of augmentation gems. Split between vitality, damage, and one for Mirian (the currency in the game), each can apply a variety of effects depending on where they are attached. At the lowest level, the damage gem may add an additional 5% to damage when placed on a sword, but may prevent 5% damage when placed on a cape, as an example. For every three times you upgrade that gem, it’ll pop to the next tier, making it even more effective.

Legendary and Epic equipment, the top two rarity levels, have perks associated with each that require challenges to unlock them. As an example, I picked up a Raider’s Dagger from Orthog the Poet (a poor Orc chief that joined and died in my army — we will remember him for his awesome trilby hat) and it had a challenge attached to dominate an orc from the Marauder tribe that is level 40 or higher. Doing so would unlock a 30% increase in the Mirian dropped when I took out an enemy with stealth. Another challenge would yield a power that applied a poison effect every time I did a quick throw.

The Ansel screenshot system allows gamers to create 360 degree interactive screenshots, and the team at NVidia has posted three of them to get us started. You can check those out by clicking here, here, and here.

Middle-earth: Shadow of War picked up a nomination for Best PC Game of E3 2017, but WON for Best Multiplatform game, as well as winning our top award for Best of E3 2017.

Middle-earth: Shadow of War is coming to Xbox One, PlayStation 4, and PC on October 10th, 2017, with support for PS4 Pro and Xbox One X features.