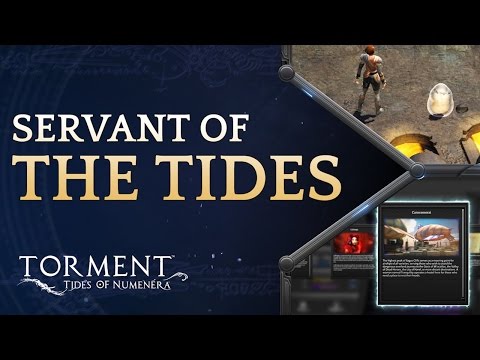 inXile and Techland have announced a big addition to the spiritual successor to Planescape: Torment — their powerhouse RPG, Torment: Tides of Numenera. We absolutely loved the game, as you can see in our review, as you can see here. This free expansion is a welcome update, and the biggest addition (though very far from the only one) is familiar face — a companion named Oom.

Oom (“The Toy” companion) – Oom is a living artefact from a prior world, and extraordinarily loyal to you. A shape-changer and guardian, it is somehow connected to the Tides, and it grants the Last Castoff a deeper connection to them. It is also a mystery to be solved. Oom does not speak, and even its thoughts are a strange tangle of alien metaphors. It will drive you to increase your understanding of the Tides, and by doing so, you will learn secrets about its long-lost past.

Also included is a bit of a feature update — the Voluminous Codex:

Voluminous Codex – The Ninth World is immense, full of rich and exciting lore and characters. The Voluminous Codex will serve as an encyclopaedia of the player’s travels, updating with more entries as they proceed through the game, and allowing them to learn more about the places they visit and the beings they meet.

While you are waiting to pick up the update, here’s a trailer to showcase what’s new under the tides.

Torment: Tides of Numenera is available on PC, Xbox One, and PS4.