Sega and Double Fine Productions have announced their partnership on the upcoming PC and console title The Cave. Described in the press release as “an adventure game so odd and compelling that it can only be described as odd and compelling”, The Cave is due to be released in early 2013. You can get an early look at the game with the teaser trailer and screenshots found after the break.

If you enjoy rappelling, spelunking and dark rocky caverns then be prepared to be disappointed! And then intrigued. And then AMAZED. And then disappointed again, but only for a minute. Then relieved, amused, bewildered, excited and satisfied. In that order. Your first clue that The Cave is a place like no other will come just after you assemble your team of three unlikely adventurers—each with their own unique personalities and skills—and stumble across a subterranean amusement park and a medieval castle, not to mention a fully armed and ready-to-launch nuclear-tipped ICBM.

Ron Gilbert, the creative mind behind The Cave and many other popular titles, had this to say about the partnership:

“The concept of The Cave has been bouncing around in my head for many, many years, and then the little voices that tell me to do things said it was time to make the game,” added Ron Gilbert. “I’m thrilled to be working with amazingly talented folks at Double Fine and ecstatic that the team at SEGA believes in adventure games and quirky ideas.”

For its part, The Cave itself had these comments to add:

Asked for a quote, The Cave said, “There are those who say I’m not rooting for everyone who ventures down here but that’s not true. Not true at all.” He then followed up with “But I’m also not above a good chuckle when someone falls in lava.” The Cave then began to chuckle.

If you’re not already itching to play this game, here’s the teaser trailer and screenshots released today with the announcement: 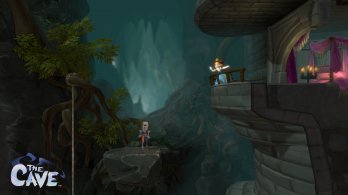 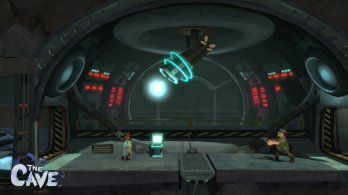 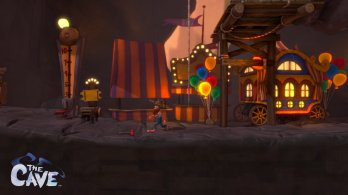 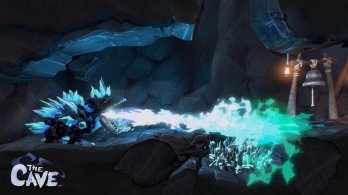 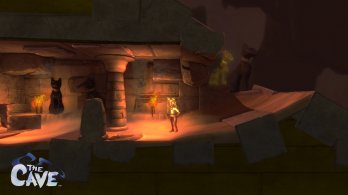 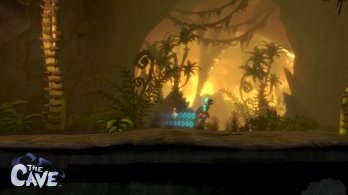 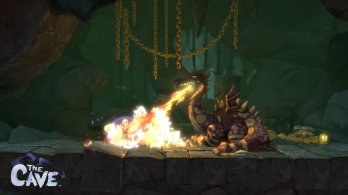 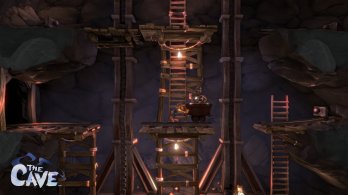