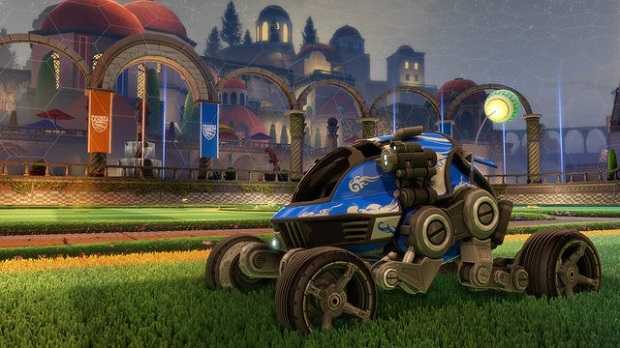 Rocket League, the physics-driven game that made a splash this summer, has another dish of DLC to look forward to in October.

It will also include new decals, paint types, wheels, rocket boosts, toppers, and antennas. There are even new trophies for PlayStation 4 and achievements for Steam.

A free update will be released alongside the DLC in October. This update will include alternate variations of two Rocket League arenas, Urban Station at night and Utopia Coliseum at dusk, as well as new country and community flags.

For more on Rocket League, check out our review and interview with developer Psyonix’s Jeremy Dunham.