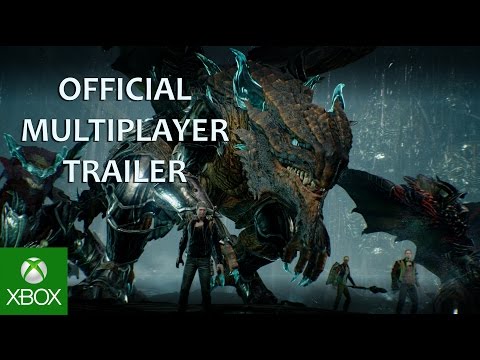 Dragons, giant scorpions and brash, headphone-wearing youngsters oh my.
Platinum Games is bringing their bombastic style of gameplay to the multiplayer front with Scalebound. Protagonist Drew can ride his trusty dragon, Thuban, sling arrows and don his dragon armor to take on massive enemies with friends. As the boss battle in the demo ratchets up, Drew puts on his headphones and the music starts bumping to coincide with the action onscreen. The demo shows Drew interacting with his dragon to combine attacks and reach new areas including fighting on the back of the giant scorpion.


Check back with Gaming Trend for more Scalebound news throughout E3.