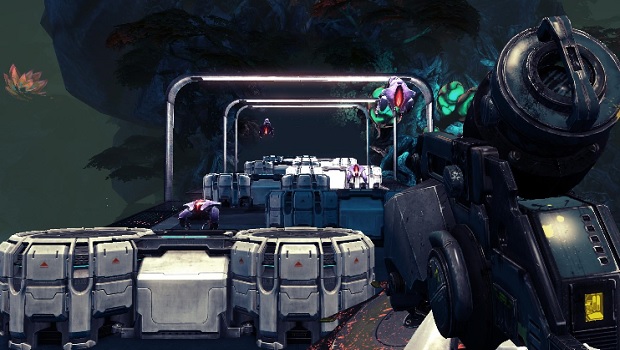 Developer Coffee Stain Studios promised plenty of additional content when they released tower defense FPS mashup Sanctum 2 back in May, and now they are following up with the second DLC expansion since the game’s release. The new content is called Ruins of Brightholme and it adds 4 new maps, two new weapons, and two new towers for players to build. The expansion pack also includes new perks, enemies, and an increased level cap. Anton Westberg, CEO of Coffee Stain Studios, has said  “I think when Sanctum 2 fans play the Ruins of Brightholme DLC, they’ll be really intrigued by how weapons, towers and other gameplay elements reflect the grittier, dirtier settings of the Slums.” The full list of additions:

The new expansion pack takes place in the “The Slums” of Brightholme, where inhabitants must improvise with tools and local materials to defend against the onslaught of alien monsters. Players set up defensive towers to take out the waves of attacking enemies and then jump head-on into the fray, either alone or as part of a squad in four-player co-op multiplayer.

Ruins of Brightholme is currently available on Steam for $4.99, but particularly avid fans of Sanctum 2 might prefer to spend a little extra for the Season Pass. Priced at $11.99, the Season Pass includes the two existing expansions as well as “more expansive DLC updates coming in the very near future.” 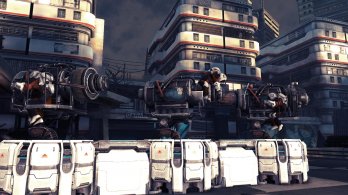 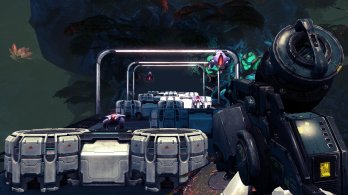