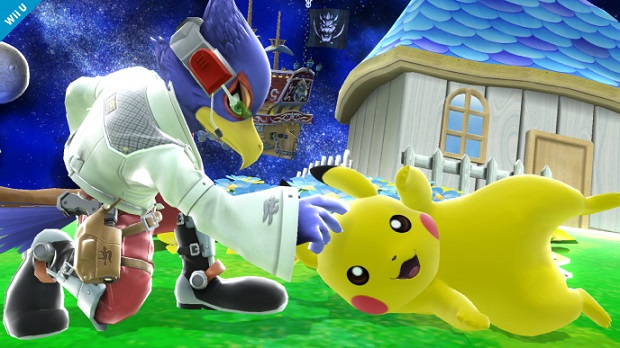 Nintendo’s Masahiro Sakurai has said that he doesn’t expect to be making another Smash Bros. game after the release of the latest iterations on the 3DS and Wii U.

CVG reports that Sakurai stated in an interview with Game Informer that while the crossover fighting series will likely continue in the future, he couldn’t see himself taking the helm again.

“I can’t positively declare there won’t be [another Smash Bros. game],” says Sakurai “With both Melee and Brawl, I made those games with the thought that there wouldn’t be any more sequels. Thus, I really can’t deny the chance for another. However, as for myself, I don’t think there will be.”

Sakurai cites the scale of an undertaking it is to develop a Smash Bros. game for his reasoning to not lead the development in the next installment, and that a game that outclassed the recent 3DS and Wii U versions would be an equal or greater ordeal.

“Our intention [with Super Smash Bros. for Wii U] was to provide extra merits to the game which go far beyond the sale price,” he said. “In terms of scope, and in terms of sheer number of characters, we went beyond our limits long ago.

“And yet, if we cut the number of fighters or modes in a future game, I’m sure there would be complaints.”

While Sakurai says that it’s unlikely that Nintendo won’t just find someone else to take his place in development of the next Smash Bros., he does worry about whether the next Smash Bros.’ lead will be as invested in quality as he believes himself to be.

“You could say that all the effort in the past to stretch out, keep pushing myself, and provide all these extra merits wound up tightening the noose around my neck in the future.

“That may seem like it contradicts my personal desire to keep giving gamers as much as I can, but I don’t see any easy answer for it. And yet, despite that, I also have trouble picturing someone else taking my place and providing all this value-added content without me.”

For more on Super Smash Bros., check out Gaming Trend’s reviews of both the 3DS and Wii U versions.