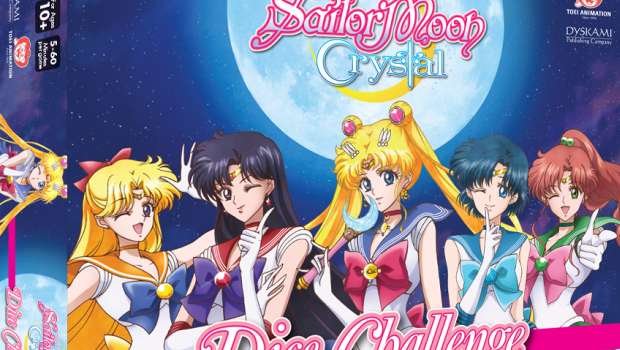 More games are coming out with a theme to try to tie it together.  We have seen plenty of aliens, fantasy characters, and renaissance men in the board game world.  Now Sailor Moon is coming to the table via Dyskami Publishing.

Dyskami Publishing Company announced today that it has entered into a North American licensing arrangement with Toei Animation Inc. to design and distribute a line of tabletop board games based on the popular Japanese animation series, Sailor Moon Crystal.  Based on Naoko Takeuchi’s legendary manga series, Sailor Moon Crystal retells the story of Sailor Moon as she searches for her fellow Sailor Guardians and the Legendary Silver Crystal to stop the dark forces of Queen Beryl.

“We are absolutely thrilled to be producing a line of Sailor Moon Crystal board and dice games for fans of the series,” said Dyskami Publishing Company President, Mark MacKinnon. “Sailor Moon Crystal offers a dynamic range of iconic characters and rich storylines that makes it an ideal series for adaptation into tabletop games. Sailor Moon and her allies have spanned generations, capturing the hearts of both gamers and anime buffs since the early 1990s and we look forward to bringing them to the gaming table.”

Dyskami will first release Sailor Moon Crystal Dice Challenge in late summer 2017, created by renowned designer, James Ernest of Cheapass Games, based on his Origins Award-winning Button Men game. Dice Challenge is an energetic dice battle game that’s quick to play, easy to teach, and highly portable for playing at anime/gaming conventions. Dyskami will debut its next release, the tile-passing-and-bluffing game Sailor Moon Crystal Truth or Bluff, later in the year with additional games following in 2018.

Since it has been designed by James Ernest, and based on a game he’s already done, the game should be entertaining and not just a cheap Yahtzee knock off.  With a late summer release date, I’m guessing we’ll see this available around Gen Con.