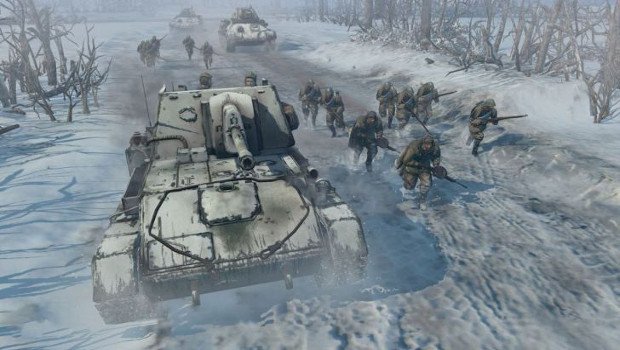 Software publisher 1C-Softclub, a division of Russian software giant 1C-Company, has announced that it will be halting sales of Relic Entertainment’s latest RTS Company of Heroes 2 in Russia.

In a statement released on the publisher’s Russian-language website, 1C-Softclub states its reasons:

In connection with appeals of people who consider unacceptable number of episodes of the game, the company “1C-SoftKlab” chose c 26 July 2013 to stop selling PC game Company of Heroes 2 (developer – Relic Entertainment, publisher – SEGA) in the territory of the Russian Federation and CIS . [Translation: Google Translate]

The “episodes” mentioned in the statement are almost certainly the depiction of the Soviet troops in the central campaign. The main storyline features several events (unarmed troops being sent to battle, use of barrier troops, etc) which some Russians have called unrealistic and unfairly negative.  When confronted with this criticism, Relic has held the line that the events depicted in Company of Heroes 2 are historically accurate.