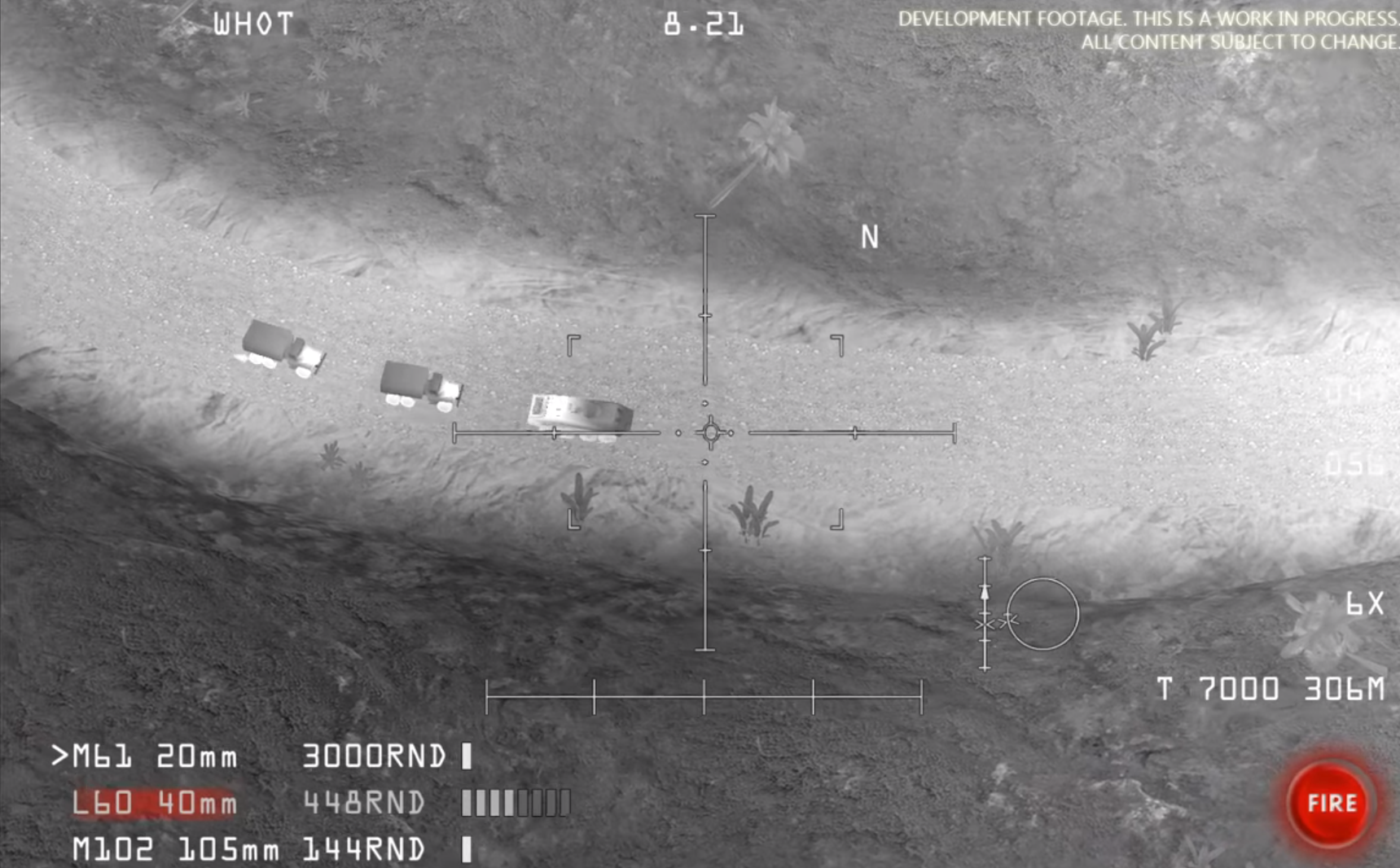 No, AC-130 Gunship Simulator is not actually top-secret footage of the US helping ISIS

Today, The Hill reported that the Russian Ministry of Defense posted on their Twitter aerial photos of a convoy of vehicles traveling on a dirt road as “irrefutable proof” that the United States has allied with ISIS.

However, this footage is actually from the mobile game, “AC-130 Gunship Simulator” and the footage is taken directly from a YouTube video by the creators of the game. In the original video, the top right of the screen says “Development Footage. This is a work in progress. All content subject to change.” In the video posted on Russia Ministry of Defense’s Twitter, the video has been cropped to mostly cut out the caption besides the words “All content.” The English version of the Tweet reads:

This is the irrefutable evidence that there is no struggle against terrorism as the whole global community believes. The US are actually covering the ISIS combat units to recover their combat capabilities, redeploy, and use them to promote the American interests in the Middle East

This isn’t the first time this footage has been used to fuel hatred towards the US military . In the comments section of the video, one user posted a comment four months ago to a LiveLeak video titled “Extermination of a whole ISIS convoy” with the description, “Extermination of a whole ISIS convoy by the Allied Air Force attempted to escape into the mountains of Makhoul in Iraq.” This video was uploaded on June 30th, 2017.