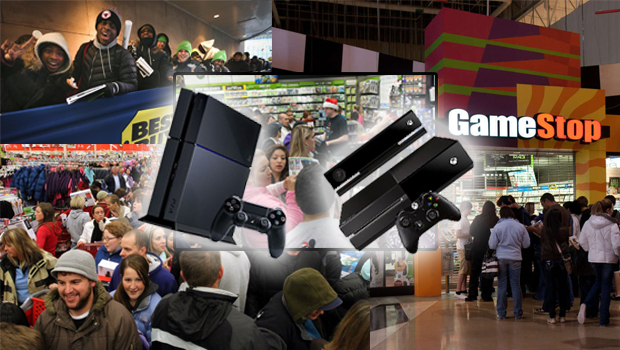 The dust has settled, injuries are being mended and the tallies are finally in, leaving Microsoft’s next gen console at the head of the Black Friday pack.

According to purchase information collected by retail data analytics website, InfoScout.co, the Xbox One captured 31% of the console sales market on Friday from the two major US. retailers Walmart and Target.

But the war is far from over. This morning it was announced that the PS4, selling over 250k units in its first 48hrs, has officially become the fastest selling console in United Kingdom history. The PS4’s success in the UK greatly tops the Xbox One’s 150k units sold during its 48hr launch in the same region.

And just how reliable are these numbers, is it still too early to tell? While it’s true that both the Xbox One and the PS4 sold over a million units in their first 24 hours of launch, it’s worth noting that the Xbox One was launched internationally in 13 countries whereas the PS4 was only launched in the U.S. and Canada.

These early sales numbers are also being skewed by inventory shortages at both Sony and Microsoft. And even though the Black Friday data collected by InfoScout comes from the top two US retailers, they fail to account for sales from other venues such as Best Buy, Game Stop or Amazon.com, leaving many still guessing at the true leader.

In short, it’s still any man’s game…unless of course you’re Nintendo, which, after over a year since the Wii U’s initial launch, has yet to capture the same interest as its heavy hitting counterparts. But hey, anything can happen.