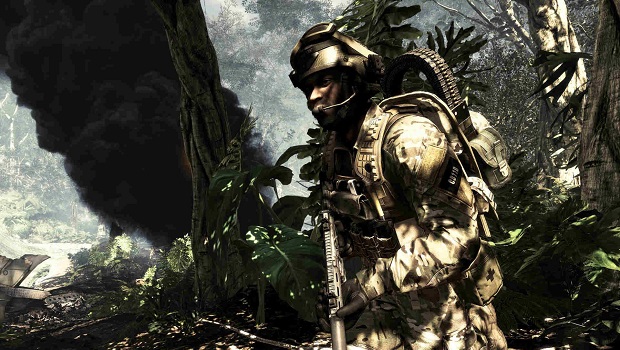 As is the case with the start of every new generation, the upcoming eight generation has been met with the resurgence of the “console wars”, with gamers filling online forums with bickering over which hardware is superior for gaming. With the Wii U essentially out of the race by default, the race this time around has been between Microsoft’s Xbox One and Sony’s PS4. The consoles feature similar hardware, but major differences such as Sony’s choice of the faster GDDR5 RAM over DDR3 and Microsoft’s unusual eSRAM-based system architecture have led many to speculate that the PS4 will have an advantage in the coming generation. Today, an increasingly credible looking rumor circulating on Neogaf seems to confirm this; if the rumor is confirmed, gamers can expect Call of Duty: Ghosts to run at just 720p on the Xbox One due to limitations in the system’s hardware. The title is expected to run at 1080p on PS4.

The speculation started with a Neogaf thread about Infinity Ward’s decision to use PS4 footage of Ghosts in videos posted on IGN, a peculiarity considering the close ties between the Call of Duty series and Microsoft. Later in the thread, Neogaf user famousmortimer posted that he was looking for a second source to confirm a rumor about Call of Duty: Ghosts before posting it  on the site. Several more posts are exchanged between users, before a second person steps in with a comment suggesting that Infinity Ward chose to feature PS4 gameplay footage because the Xbox One version will run at 720p and the 1080p PS4 version of the title looks significantly better.

After contacting famousmortimer (seemingly to verify his sources), a forum moderator posted something suggestive of a confirmation:

If the rumors are credible, and they appear moreso with each new page of posts, then it seems that limitations with the Xbox One’s architecture and development kit have forced Infinity Ward to reduce the platform’s version of Call of Duty: Ghosts to 720p. Running the game at 1080p allegedly results in operating system and UI instability. Additionally, an anecdotal account from E3 reports that while the PS4 port of the title took three weeks to develop and ran at 90 FPS unoptimized, the Xbox One version took four months to achieve just 15 FPS due to the hurdle posed by the eSRAM architecture.

Now a rumor on top of a rumor may not sound like much, especially in the gaming industry where things are subject to rapid and unannounced changes, but the NeoGaf community has never been one to take kindly to unfounded claims; the fact that the thread has been allowed to amass comments and attention for dozens of pages is in itself a near-confirmation. At this point, it seems that unless there have been some serious upgrades to the Xbox API, developers may struggle to achieve performance comparable to the PS4 in many multiplatform games.

Until now, 1080p resolution was expected to be pretty much standard for next generation games. The fact that developers are already having trouble reaching that target with a cross-generational title on the Xbox One doesn’t seem to bode well for future multiplatform comparisons.

UPDATE: But wait, there’s more? A trusted NeoGaf source apparently confirms a 720p for Call of Duty: Ghosts with a cryptic post, and implies that Titanfall will release with the lower resolution as well:

Translation: We already know. Titanfall also. Not cool to hold back on stuff we can’t interact or tell truths with, even if it’s your job to obfuscate. Transparency is better when dealing with this position. Whatever though.

The internet is going to erupt about a resolution issue in a big game soon, and I"m going to call it now: Very few consumers will care.