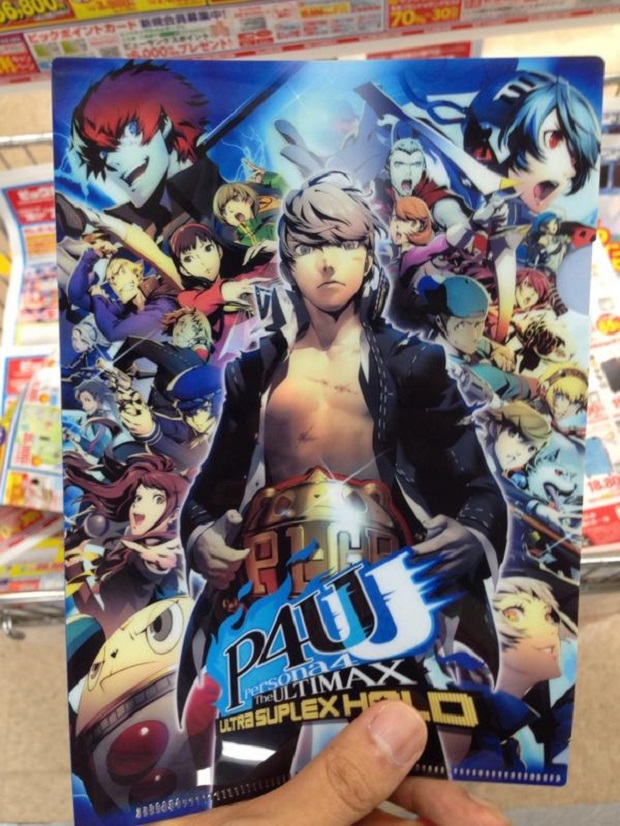 It appears that there may be one more playable character added to the Persona 4 Arena Ultimax.

In addition to the recently confirmed Marie and Adachi, Persona 4’s Velvet Room hostess Margaret may also be a playable fighter in the upcoming fighting game based on a recently released piece of art given to participants of Atlus’ recent Japan Persona 4 Arena Ultimax Console Tour.

This art [courtesy of NeoGAF] is a revised version of the game’s originally released cover art. The revision not only has been updated to include the previously mentioned Marie and Adachi, but also Margaret, hinting that she may be revealed as a playable character in the near future.

Margaret’s addition isn’t entirely unexpected, considering her sister Elizabeth, who plays a similar role to her in Persona 3, is playable in both the original Persona 4 Arena and its sequel.

Persona 4 Arena Ultimax is slated for release on PlayStation 3 and Xbox 360 on September 30th. For more on the fighting game spin-off, check out our hands-on preview from this year’s E3.