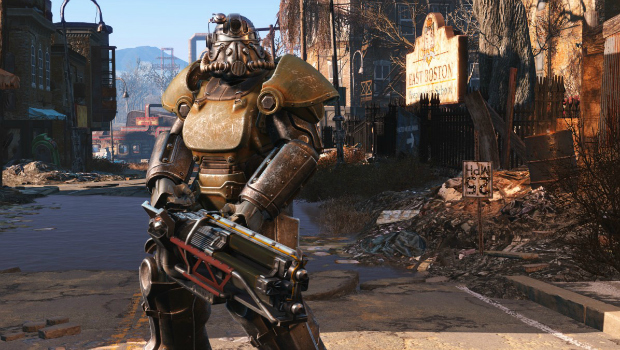 In a recent blog post on their website, Bethesda may have inadvertently confirmed a new graphics card from Radeon.

The news post listed the recommended PC specs for an upcoming high-resolution texture pack for Fallout 4. The recommended GPU hardware read as follows:

The blog post was quickly updated (it currently only lists the GTX 1080 graphics card), though not before other outlets posted the original recommended specs.

Currently, the highest performing graphics card from Radeon is the Sapphire Radeon RX 480 with 8GB of memory. This may have simply been a typo, but it isn’t the first time we’ve heard whispers of a new card from AMD. Rumors of a 490 started circulating in December when the alleged card was listed on a Norwegian price comparison site. Later that month, Radeon teased new architecture coming in 2017 with a tweeted image.

The teaser might indicate that Radeon will be focusing on releasing a new 500 series instead of releasing one last 400-series card.

Regarding the Fallout 4 update post, we have reached out to Bethesda for clarification.