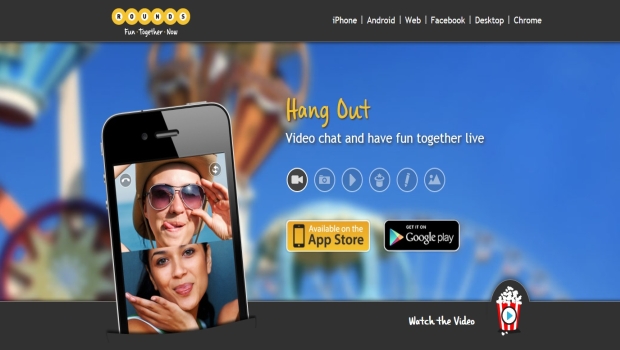 Social Media is alive and well, but in the gaming space it’s often somewhat fractured.  Texting and voice is often separated or completely divorced from one another.  A company called Rounds is looking to bring those together, bringing mobile gaming together with live video chat.  To kick things off they’ve got five games to show off – PenPals, Sky Tumble, as well as checkers, chess, and backgammon.  How does it work?  Well, let’s take a look:

When you look at the concept, it makes a lot of sense.  It essentially works out as a hangout that lets you video chat as a thumbnail while you game.  Let’s hear about the two original titles:

PenPals – Similar to Zynga’s Draw Something, but with both users drawing and guessing at the same time, adding a layer of urgency to the experience.  Developed by Guerillapps using Rounds’ API.

Sky Tumble – A Tetris-like game with both users playing simultaneously, seeing a real-time measuring stick of how high their chat partner has built their blocks – another example where live game play during video chatting adds to the excitement.  Developed by Lior Paz using Rounds’ API.

It sounds like a slick API and it runs straight out of HTML5, so there is a lot of chance to work this middleware into new games on mobile platforms, and it’s already running on Android and iOS.   Think Chatroulette, social Youtube, Facebook, and Paint combined.  It’s on both App stores, so take it for a spin if that’s your thing.   You can learn more at the official site here.