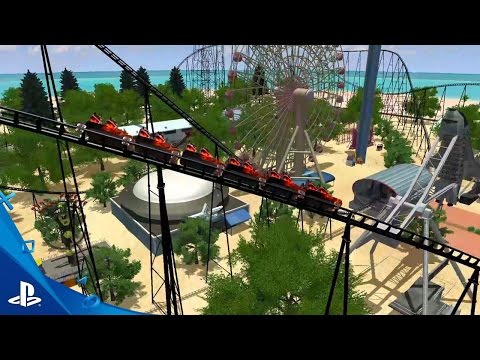 An announcement trailer, which launched alongside the game’s announcement on the PlayStation Blog, shows off gameplay of both editing and riding rollercoasters from a first-person perspective. Also featured in the trailer were other amusement parks attractions, like carnival games, bumper cars, and arcade games. Check out the trailer below.

Hirofumi Hattori, president of developer Bimboosoft, said that he would “strongly recommend” players experience the game in VR.

The feeling of entering into the world of the game is incredible. It’s a revolution in gaming, similar to when games made the leap from sprites to polygons. I’m fortunate to be involved with this revolution, and looking forward to playing other games with PlayStation VR.

PlayStation VR releases worldwide on October 13. For more on the console-exclusive headset, check out our preview of Until Dawn: Rush of Blood.